The US, even before under President Donald Trump´s administration, has complained about China’s trading practices, and recently the US raised tariffs from 10 per cent to 25 per cent on $200 billion worth of Chinese goods. As expected, a few days later China retaliated with tariff hikes on $60bn of US goods, starting “the largest trade war in economic history” (BBC, 2019) The reasoning is to make Chinese goods more expensive than US-made products, to encourage consumers to buy American.

Bipartisan supporters of US´ sanctions argue that Chinese companies (backed by the Chinese government) have taken advantage of the US economy, either by stealing intellectual property and or displacing millions of American jobs. According to them, the US Government has the rightful duty to curb Beijing’s unfair trade practices, although the effectiveness of the increase of tariffs is debatable (Ward, 2019). When a tariff is placed on a foreign product, it is the buyer who pays a higher price. As a consequence, tariffs are effectively a tax on consumers, not the producers. As a report from the International Monetary Fund, the feud will lead to job losses in both countries. (IMF, 2019)

However, the most worrying consequence a trade war between the world´s two largest economies is a severe hurt in the global economy. According to a World Economic Forum report, a full-blown US-China tariff war could reduce global GDP growth to 2.8% in 2019. The impact would be greater on China’s growth (-0.9 pp), due to direct trade effects, and on Europe (-0.8 pp), due to indirect trade effects and financial links, while the US GDP would decelerate by less (-0.4 pp) (Mesquita, 2019). The most likely outcome, nevertheless, is a mild version of trade war whose impacts will be spread over years.  Regardless of the quantitative measure to gauge the impact in the global trade, there will be serious damages in the world´s economy. Most likely, there will be no winners, just a competition between which countries are going to suffer fewer losses. Unfortunately, Latin American countries are among those that will suffer the most due to the trade war between the two economic behemoths. 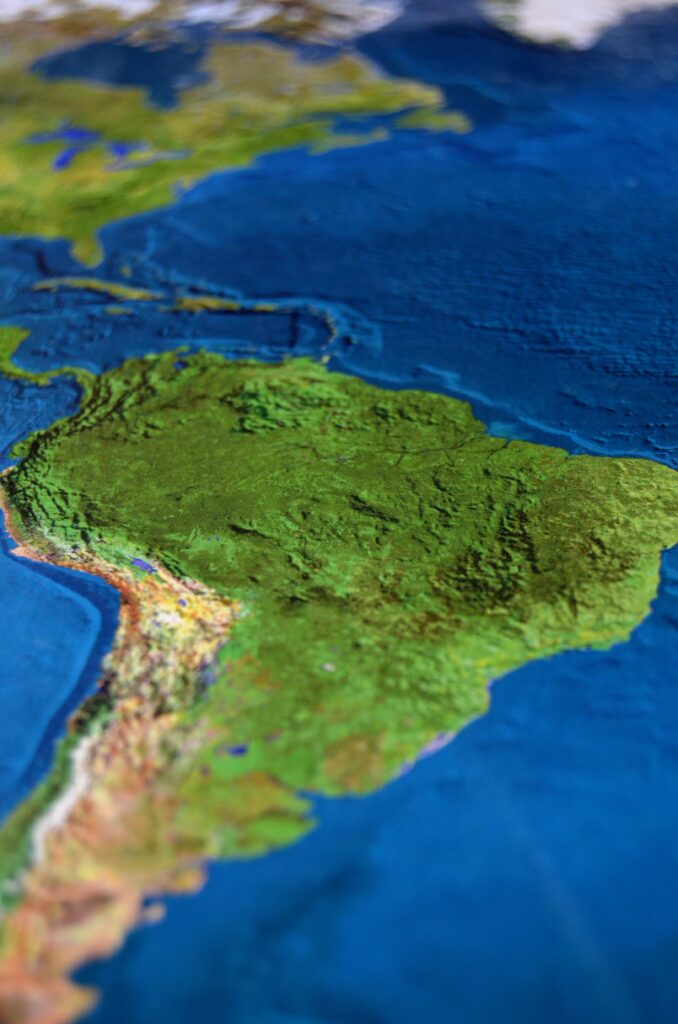 Regardless of the winning side, Latin America may have to make a difficult choice.  On the one hand, Latin America is currently China’s second-largest destination for FDI (US$ 25 billion in 2017) and regional trade with has multiplied 18 times since 2000 (O´Neil, 2018). Additionally, China´s main global infrastructure project, the Belt and Road Initiative (BRI), already reached 14 of the region’s 20 countries (Weddel, 2019). On the other hand, Latin America has historical and economic ties with the US; for instance, Latin America exported around $406 billion worth of goods and ran a $117 billion surplus in 2017 (Lauriat, 2018). Given current US disengagement in the region, it is expected that the Chinese influence in the Latin region will keep on increasing, a fact made clear after the publication of a policy paper that supports the improvement of Sino-Latin relations (China, 2018)

As pointed out by the World Economic Forum (Mesquita, 2019), the impact of Sino-US trade rivalry on Latin American country will depend on how vulnerable each economy is and whether or not the economy is facing external or domestic imbalances. The next paragraphs will detail the Chinese influence in selected Latin America countries.

Currently, China is the main destination for raw materials in the world and Brazil has the commodities to sell. Additionally, China not only has targeted the Brazilian energy sector through M&A deals but also announced huge investments in infrastructure, logistics, manufacturing, and technology through the Belt and Road Initiative. Therefore, any negative impact on the Chinese economy may present negative ripple effects in the Sino-Brazilian. An estimate of the impact of a trade war between the US and China on Brazilian GDP made by the WEF says that Brazil´s GDP would reduce by around 0.7 pp (Mesquita, 2019). Anyway, given the historical importance of US-Brazil relations and the growing importance of China in Brazil´s GDP, Brazil faces tough a choice between which global power it should privilege.

As the country is an export-driven economy, Mexico will definitely be impacted by the reduction of global trade. However, in the short term, the country can be, in fact, benefited by a Sino-US trade war because Mexico competes with Chinese manufacturing exports to the US and posted a $71 billion surplus with its neighbour north of the border (Mesquita, 2019). Additionally, Mexico has recently signed the USMCA deal (with unclear impacts, to be fair)

Panama presents symbolic importance at the Sino-US trade tensions and can be considered a key location for the collision of the two largest global economies. While in the past the US led the construction of the Panama Canal, which allowed a modest economy to become a key hub of world trade, currently China has signed more than 30 bilateral agreements. In fact, in an unexpected move, Panama ended diplomatic relation with Taiwan only to establish formal ties with Beijing. China is becoming the most important commercial partner of a country that controls a key gateway in global trade. As a former U.S. Ambassador to Panama stated, “There is no greater symbolic statement of disrespect to the United States-Panama relationship than a Chinese embassy sitting on a spit of land built literally by the earth excavated from the U.S.-led building of the Panama Canal over 100 years ago.” (Youkee, 2019) Panama is a bold example that rise of Chinese influence in Latin America occurs because of the U.S. disengagement in the region.

The country became so dependent on the Chinese trade and FDI that any effect on the Chinese economy due to the US-China trade war will cause a huge impact on Venezuelan´s already fragile situation.

Until 2017, one half (US$ 60 billion) of total Chinese investment in Latin America was directed to Venezuela. As the South American nation turned increasingly authoritarian and kleptocratic, China rolled over debt and even offered new financing in return for oil and other assets (O´Neil, 2019), which helped to keep President Maduro´s regime alive. Trade with the US and the rest of the world plummeted as the country faces a humanitarian tragedy. The Venezuelan example teaches China that not all countries offer good business opportunities. To Latin countries, the lesson is that they should not depend only on Beijing

Argentina is already in a very vulnerable situation, therefore, the country has a lot to lose from a reduced global economy. However, as soy accounts for approximately 50% of total Argentina´s exports, Buenos Aires could benefit in the short-term from tariffs imposed by China on US agricultural products and gain market share in China. Additionally, not only a big Chinese construction company is building US$ 2 billion highway but also Beijing develops a space mission control station in Argentina. Therefore, WEF estimates that in the long term trade conflict could reduce the country’s growth by almost 1.8 pp (Mesquita, 2019)

Although each of these countries presents its own idiosyncrasies, they tend to be very exposed to the US-China trade war. While Ecuador is locked until 2024 in an oil-for-investment deal with Beijing, Colombia is less sensitive due to its somewhat closed economy. Peru presents another case of the rising influence of China and Chile is heavily dependent on its copper exports the Asian powerhouse.

Nature hates vacuum, so does international trade. As the US-China trade war unfolds, it will send impact waves at a global scale, and Latin America countries seem particularly vulnerable to a world with low economic growth. In addition, the region as a whole presents a rising dependency on commerce with China. This strategy (or a lack of strategy, for some) may even present positive results in the short-term but seems to be very risky in a long-term perspective. To put all eggs in a sole nest (in this case, Beijing´s) does not seem a reasonable choice.

Youkee, M. The Panama Canal Could Become the Center of the U.S.-China Trade War  https://foreignpolicy.com/2019/05/07/the-panama-canal-could-become-the-center-of-the-u-s-china-trade-war/ Extracted May 16th, 2019