The Chinese rise in the global economy and the strength of the economic ties between China and Latin America and the Caribbean (LAC) may reduce the economic influ­ence of the United States in that part of the world. Given that the combined GDP of Central and South Americas is around US$ 5,6 trillion, LAC offers several opportunities for the Chinese to increase their soft power in the region. 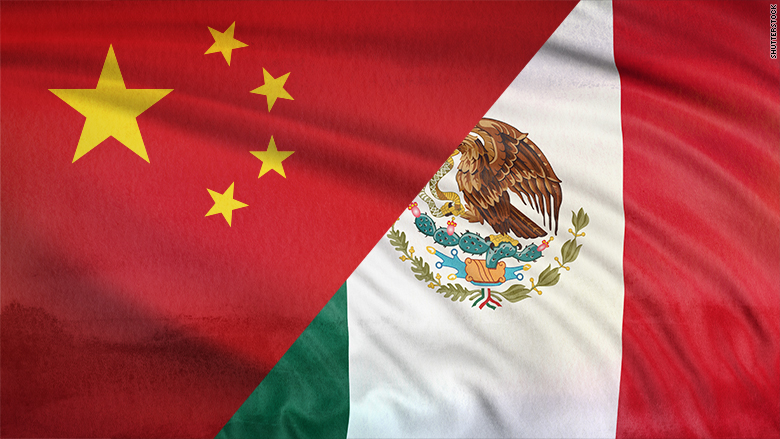 This article suggests that China´s entry modes in the Latin America and the Caribbean region are different. In the case of Mexico, where Beijing has a competitor in the international manufacturing sector and Mexico represents a small portion of the Chinese FDI, China´s entry is in its early stages. Notwithstanding the shy Chinese presence in Mexico today, over time we expect a strengthening of Sino-Mexican ties because of the recent trade policy adopted by the US. In the case of Brazil, China´s entry is in a more advanced stage because of the tremendous trade opportunity and Beijing is already an important source of investment in infrastructure, more specifically in energy and logistics.  However, both Latin American countries, Mexico and Brazil, have a passive attitude towards China. While the Asian superpower seems to know exactly what it wants from LAC, focusing on guaranteeing access to natural resources and agricultural products from Brazil (a resource-searching strategy) and on accessing Mexico´s linkage with US-based global value chains, these Latin American countries do not present a long-term strategy to deal with Beijing.

China’s support of the creation of new international financial institutions, such as the New Development Bank and the Asian Infrastructure Investment Bank is a clear statement that Beijing counterattacks the Washington Consensus and its institutions – the International Monetary Fund and the World Bank. In addition, with the escalating trade war with the US´ foreign policy strategy, China has even more incentives to move closer to Latin America and the Caribbean [1]

China´s relationship with Latin America can be measured in three different areas: trade, finance, and investment. Data show a strong upsurge in China’s trade relationship with Latin America. For example, Chinese trade with the region was close to US$12 billion in 2000 but reached over $260 billion in 2013 and cooled to US$ 216 billion in 2016 [2]. On the financial side of the China-LAC relationship, Chinese public-sector lending to LAC fell from US$ 27.2 billion in 2015 to US$ 22.4 billion by 2016 [1]. Venezuela´s PDVSA, Brazil´s Petrobras, and Ecuador were the main recipients of China´s investments in the region, which were mostly focused on extractive industries despite the slump in mineral prices. A focus on the Oil & Gas sector cannot be ignored because such an industry accounted for US$ 17.2 billion of the US$ 27.2 billion previously mentioned [2]. On the investment front, although Chinese FDI was reduced to US$ 3.3 billion in 2016 from US$ 4.8 billion in 2015, a large amount was spent in M&A deals: US$ 12.4 billion, a jump from US$ 5.1 billion in 2015

Although the recent efforts presented by Mexico and China to increase bilateral trade may seem promising, the reality is that economic ties between these two countries are not expected to increase rapidly, mainly because both countries compete for export market share in similar products in the manufacturing sector. In addition, the strong influence of the US in Mexico may deaccelerate most of Beijing´s attempts to increase its influence in Mexico City. Mexico may want to reduce its dependence on the US, but this latter country remains Mexico’s primary partner in commerce, accounting for more than US$ 500 billion per year in bilateral trade [3], well above Mexico’s trade with China, which is close to US$ 85 billion [2]. The sheer size of Mexico´s ties with the US can be exemplified with data: 80% of Mexico’s exports go to the US, whereas little over 1% goes to China [4]. Moreover, Mexico exports a variety of manufactured products to the US and recorded a US$ 64 billion trade surplus with the US in 2016, according to the US Census Bureau data. Finally, Mexico’s position as China’s second-largest trade partner in Latin America has not brought to the former any advantage vis‑à‑vis the rest of Latin America in attracting foreign direct investment (FDI) from China. According to the Economist Intelligence Unit, Chinese FDI to Mexico from 2003 to 2016 totaled about US$ 6 billion, well below the US$ 61 billion that went to Brazil [3].

Among the many particularities that Mexico presents, one is Mexico´s industrial power. Unlike many countries in Latin America, two-thirds of Mexico’s exports are manufactured goods because Mexico does not have the same agricultural export capacity as Brazil and Argentina do. Additionally, Mexico´s industrial base is firmly connected to the US-based manufacturing ecosystem.

Today, China is Brazil’s biggest trading partner and is becoming an important investor, pumping nearly US$ 21 billion into Brazil last year alone [5], and even with its own economic challenges, Brazil maintains a favorable trade balance with China, presenting a surplus of more than US$ 20 billion in 2017.

As China and the United States fight each other over international trade and Washington apparently retreats from its role of the global champion of free trade, Beijing has increasingly turned to Brazil to fill the void, pouring money into a diversified portfolio of investments. Before 2010, Chinese funds flowing into Brazil were primarily focused on assuring food and energy supplies for the Asian giant. But in recent years, that strategy has expanded to include the telecommunications, automotive, renewable energy and the financial services sectors. For example, Chinese investment reached a seven-year high of $24.7 billion in 2017, according to the Brazilian planning ministry. Between 2012 and 2016, Chinese companies invested in Brazil more than twice as much as it U.S. counterparts did, in a comparison with data from the U.S. Department of Commerce. Appetite for Brazil also got a boost from President Xi Jinping’s decision to include the country in China´s “One Road, One Belt” plan to invest $1 trillion in global infrastructure [6]. Therefore, the Brazil-China partnership may be viewed as a marriage between two emerging economic powers — China, the fast-rising industrial, economic, and political leader, and Brazil, the agricultural and natural resources powerhouse. Additionally, investing in Brazil supports the Chinese strategy to export to other countries in Latin America resulting in the two countries forming a natural match [7].

By threatening China with a trade war, the US may be not only helping Brazil’s goal to become a leader in the global agricultural export market but also Beijing’s goals of building closer ties with Latin America and the Caribbean. For example, as a countermovement to the US economic war against China, Beijing imposed tariffs on US soybeans, which will surely be a bonanza in trade for Brazil. Brazilian cattle breeders could also benefit in the longer term from the US-China feud.

If money talks, the Chinese influence in LAC seems to talk loudly because Beijing has plenty of it to spare. According to a Desjardins [8], China has US$ 3.126 billion in foreign currency reserves. The question is not where China will invest, but how much and with which objective. China has taken advantage of its massive trade surplus and internal market to buy large amounts of commodities around the world, a fact that makes Brazil one of the top beneficiaries of China’s economic growth. In the Mexican case, Mexico and China compete in the global manufacturing sector, while both countries look at the US as an important trade partner.