“FAAG”: We should get used with this acronym, which stands for Facebook, Apple, Amazon, and Google. These companies share many things: they are high tech businesses, highly successful, extremely profitable, and part of the daily lives of billions of people around the globe. A recent commonality is that they are involved in a debate on whether they should be broken up due to their power over the lives of billions of people.

The idea of a break up seems to be justified by a series of security scandals and unreliable control of data privacy of their millions of users worldwide. One of the arguments of the supporters of the break up is that big tech companies have too much market power, Further, because of their power, they have allegedly been able to influence democratic processes in different countries.  Another argument is that FAAG companies are detrimental to competition as they tend both to squeeze small and mid-sized companies and to acquire competitors. Finally, supporters of intervention claim that big tech companies decrease, not increase, innovation.

The proposal for a break up of big tech firms starts with cleaving off the platforms of the tech companies from the other business. According to the author of the proposal, Elisabeth Warren (Academic and US Senator) companies with annual global revenue of $25 billion or more and that offer to the public an online marketplace, an exchange, or a platform for connecting third parties would be prohibited from owning both the platform utility and any participants on that platform. [1]. For example, AmazonBasics (Amazon’s product brand) would have to be separated from Amazon Marketplace (there are complaints that Amazon crushes small companies by copying the goods they sell on the Amazon Marketplace and then selling its own branded version), which would allow only third-party sellers to utilize the platform. Another example of change would be Google Ads, that according to the proposal would have to be separated from Google Search to avoid conflict of interests. In summary, the proposal says that big tech companies should not be able to vertically integrate, meaning that they should not control major platforms and offer their own goods and/or services on them at the same time. The plan will face much opposition, although Facebook, Apple, Amazon, and Google are already involved in a wide range of antitrust issues in the US and in Europe. 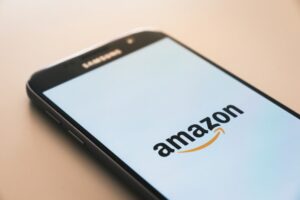 First, there is an immense level of power around the world. According to Warren [1], “nearly half of all e-commerce goes through Amazon and more than 70% of all Internet traffic goes through sites owned or operated by Google”. Additionally, there is the issue of their use of private information. Finally, FAAG are corporate consolidator across many adjacent industries, which tends to create a major monopoly problem [2]

The proposal focuses on increasing competition both in the retail and the tech sectors, as there is the possibility to reverse anti-competitive mergers, such as Amazon’s acquisition of Whole Foods, Facebook’s purchase of WhatsApp and Instagram, and Google’s purchase of Waze. According to Sen Warren, the stated goal of the breakup plan is to allow companies to sell their products on Amazon without the fear of Amazon pushing them out of business, for instance [1]. Knowing that the big tech companies would not be so big, entrepreneurs would have a chance to compete with the tech giants.

Data control and privacy are other reasons for the plan. Without customer´s data from its acquired WhatsApp and Instagram, Facebook would face some limits of the amount of data the firm collects from customers. 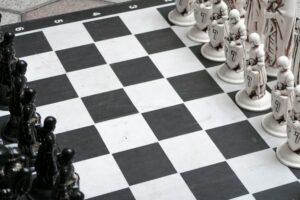 Although the plan focuses on several positive outcomes, it may also bring several consequences as well. In the geopolitics front, there is the issue of competition between the two global powers, the US and China. While the US tries to develop a plan to limit the size of its tech giants, China does exactly the opposite when it supports the international expansion of its tech multinationals. Modern Chinese technology firms are getting bigger and it is possible that Beijing and the “Big Five” (China Mobile, Tencent, Alibaba, Baidu, and Xiaomi) will soon replace Washington and US-based tech companies as the leading ecosystem in technology.

Innovation is another issue that should be addressed in the debate of the breakup plan. A change in the size and the structure of the big technology firms may reduce, not increase innovation because the top five spenders in research and development in 2017 were all tech companies. Amazon alone spent more than $22 billion in 2017 [3].  A former icon of the twentieth century, General Electric is not even among the Top 20 U.S. companies for R&D spending [4]. Scott Anthony, Managing Director of Innosight’s Asia-Pacific operations, author and a global authority on Innovation, support the innovation delivery by big firms:

“On the one hand, the bigger the company, typically the slower the pace or innovation and the greater the ability and temptation to abuse market power. On the other hand, big companies also have unique assets that can enable unique forms of innovation, and the deeper understanding of the dilemmas of disruption allows more thoughtful ways for scale organizations to break free of institutionalized inertia. My personal view is we overrate the power of the plucky entrepreneur and underrate the greatness that can come from Goliath.” [5]

As a consequence, although we fall in love with stories of innovation from garage companies, certain types of innovation seem to come from large firms, such as the development of autonomous vehicles, artificial intelligence and voice recognition, all done by Google and Amazon [3]. 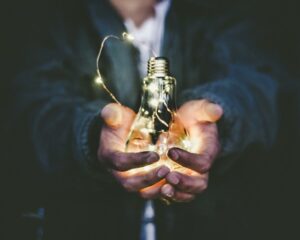 The US Congress passed the Glass-Steagall Act in 1933, a regulation that forced banks to separate their commercial activities from their investment businesses, to reduce systemic risk in the financial system. It happened partially due to the 1929 crisis. [2] The breakup of the telecom industry also offers a model to analyze the regulation for the tech industry. Richard Lowry, from the Politico Magazine, reminds that in the 1980s, the U.S. government ended AT&T’s telecom monopoly, dividing the company into seven regional “Baby Bells.” Before the breakup, AT&T controlled virtually every aspect of a consumer’s telephone experience, from owning the handset in Americans’ homes to operating the switches that connected their calls. [3] Microsoft, another big tech firm, also face its own battler with a forced split in the 1990s. For some analysts, this opened up space for Google and Facebook to thrive. 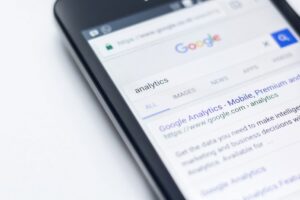 The breakup proposal may be seen under different lenses. There is a clear need of the improvement of the controls over the way FAAG companies deal with privacy because we have seen many examples of leaks of data of millions of people. Therefore, better governance of information is clearly a requirement, although the breakup plan does not clearly address how the newly formed firms should deal with customer´s data.

Reduction of the power of big tech firms over society and democracy is another target of the separation plan. One important example is Facebook´s own suspension of ads that called for the break-up of technology companies, including Facebook itself. The ads were restored some days later after the social media firm received was criticized [3].

Fair competition is another sensitive area of the plan, as the proposal targets the creation of a levelled playing field for competition, something that sounds reasonable due to conflicts of interest coming from companies that operate a Proprietary Marketplace while simultaneously have a business interest in companies participating in the ecosystem.

Improvement of innovation is another key area of the plan, as it addresses FAAG´s role in an alleged reduction in innovation in the tech sector due to weak antitrust enforcement. This point is debatable because some high-risk, complex types of innovation are delivered only by large companies with access to large resources, not small ventures.

In my opinion, in the competition issue, the proposal sounds solid when it addresses the conflict of interests when tech firms manage simultaneously a proprietary market place and a business that operates in the very market. In the influence of the big tech firms on the society as a whole, the plan needs to be more sophisticated on how big tech firms should deal with data privacy, as there are too many examples of poor control on information from the customers. Finally, in the innovation front, the plan fails to address the issue that only large scale companies deliver innovation that requires too many resources.

In summary, the proposal sounds interesting but needs improvements. Your thoughts?

[5] Personal mail with the author.