Profs Evodio Kaltenecker and Miguel Montoya investigated the internationalization choices of Emerging Market Multinationals (EMNE) into Global Cities (GC). We concluded that EMNEs from different sectors use the GC in different ways. Moreover, the country of origin of EMNE affects the selection of global cities, and there are preferential entry and ownership modes.

Global Cities (GC) are preeminent sites for Foreign Direct Investment (FDI) from multinational companies. In a virtuous cycle of mutual reinforcement, world cities such as New York, London, and Paris have taken on a central role as production spaces and conduits for key inputs required by multinationals to operate their international organizations. Such subnational regions present economic, political, and ideological influences beyond their physical boundaries and even their own country.

Consequentially, this research analyzed FDI from multinationals from Latin America and compared their choices of cities, entry, and ownership modes to support a better understanding of how EMNEs internationalize through global cities, 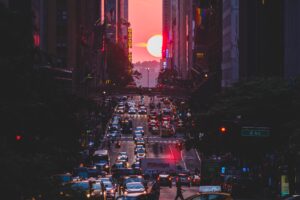 The Nature of Global Cities

Global Cities (GC) are preeminent sites for Foreign Direct Investment (FDI) from transnational enterprises. Such subnational regions present economic, political, and ideological influences beyond their physical boundaries and own country.

The three key attributes that define global cities are the availability of advanced producer services (APS), the cosmopolitan mentality, and the high degree of interconnectedness to local and international markets characteristics. First, these locations are home to many high-value and specialized APS, such as consultancy, advertising, accounting, law, and finance, essential to multinational functions that facilitate the operations of international firms. Second, the cosmopolitan environment emanates from its founding conditions and continued development as a high-status location characterized by a culturally diverse population. Third, the high level of physical and digital connectivity with other areas and global cities facilitates and speeds up the international transfer of goods, people, and information. These characteristics appear essential in making global cities distinct from other subnational locations, such as mega-cities, characterized by population size and density and economic clusters, which are more industry and technology-focused.

From a managerial perspective, multinational firms expand to global cities to establish subsidiaries and act as bridgeheads to further international and subnational expansion. On the one hand, multinational companies encounter many difficulties when entering foreign locations with distinct market characteristics and sometimes weak institutional environments. On the other hand, Global cities have more robust, more stable, and business-friendly institutional environments that facilitate internationalization. As a result, MNEs are attracted to global sites to lower LOF. In the case of emerging market multinationals (EMNE), such firms opted to locate in a global city because it provided legitimacy, transportation links, markets, resources, and capital.

To evaluate the global cities phenomenon regarding the EMNE from Latin America (multilatinas), we researched the location choices (country and city) for each entry and the category of world global cities. Additionally, the authors investigated three variables regarding the entry mode: establishment (acquisition of greenfield), ownership (joint-venture or wholly-owned subsidiary), and reasons for the internationalization (knowledge-seeking, market-seeking, efficiency-seeking, resource-seeking, and capital-seeking).

Table 1 presents the distribution of FDI in the three sectors of the economy. Firms in the tertiary segment originated sixty-one percent of total FDI in highly connected cities. At the same time, the exact figure is 36% for Secondary-sector firms and only 3% for Primary-sector companies. Tertiary firms also lead FDI in the moderately-connected cities, with 81% of total FDI, followed by 17% of Secondary-firms and only 1& of Primary firms. Finally, however, an inflection point happens with little-connected locations, attracting 76% of FDI to the secondary sector, while the Tertiary and Primary sectors follow with 20% and 4%, respectively.

The acquisition is the preferred entry mode for multilatinas. This type of FDI accounts for 73% of total entry modes in highly-connected places, while moderately and little-connected sites account for 84% and 77%, respectively, as presented in Table 2.

Table 4 presents a country-level analysis of the FDI. The table shows that the acquisition entry mode and whole-owned subsidiary ownership model are predominant modes in all countries. However, the use of acquisition and JVs tend to be similar or more predominant in Argentina (87% and 80%), Colombia (100% and 100%), and Chile (76% and 93%), respectively.

Table 5 shows that market-seeking is the main reason that drives FDI from multinationals into global cities for all three levels of GC (82% of FDI movements), followed by knowledge-seeking (9%) and efficiency-seeking (8%). However, the analysis of the FDI per type of global city shows the difference in institutional environment between highly, moderately, limited, and non-connected cities. For example, knowledge-seeking in Alpha cities responds to 19% of the FDI in Global Cities, more than 9% in the aggregate data set.

Country of origin affects the selection of global cities. For example, the data set suggests that firms from Brazil and Mexico use indistinct levels of GC while Argentine, Colombian, and Chilean firms preferentially use highly globalized locations. Moreover, acquisitions are the preferred mode of entry for multilatinas.

Our research suggests that Wholly Owned subsidiaries are the preferential ownership model adopted by multilatinas through global cities. Additionally, the country of origin of the multilatinas presented no impact in the entry mode selection because Acquisitions were the preferred entry choice in all countries.

Due to the solid nature of its economic ties with the US, Mexico is an exception to other Latin American countries regarding ownership modes. Additionally, our research showed that marketing-seeking is the main reason for using global cities.

Through this article, we contribute to both theory and practice. We make a significant theoretical contribution by showing that multilatinas take advantage of the positive institutional distances between their home country and global cities. However, we also noted that resource-seeking and efficiency-seeking are very limited, and the main driving force for FDI in interconnected cities is market seeking, especially in the case of EMNE from Latin America. This information shows that EMNEs do not take full advantage of the availability of advanced producer services (APS), the cosmopolitan mentality found in GC, and the high degree of interconnectedness to local and international markets characteristics. Consequentially, EMNEs are in the initial phases of using global cities as internationalization loci.

Practitioners will also benefit from this research because acquisitions are the most common entry mode for EMNEs through global cities. Moreover, we also that wholly-owned subsidiaries are the most common ownership model. Finally, our manuscript advocates that service-oriented EMNEs, such as IT and financial services, should focus on Alpha cities to take full advantage of the business environment of highly interconnected locations. These pieces of information allow a road map for the internationalization of multilatinas through global cities.

Featured Picture of Global City by Ling Tang on Unsplash

City at Night Photo by Daniam Chou on Unsplash

Photo by Bruno Aguirre on Unsplash